My latest work ‘The Swan House” inspired by a series of photographs taken by me  at Coburg Lake. As I watched a swan make her nest over a number of days, she dipped her head in the water and pulled out rubbish. The nest a beautiful construction by the end resembled a rubbish tip and filled me with sadness as to how uncaring we are of the environment we live in and share . 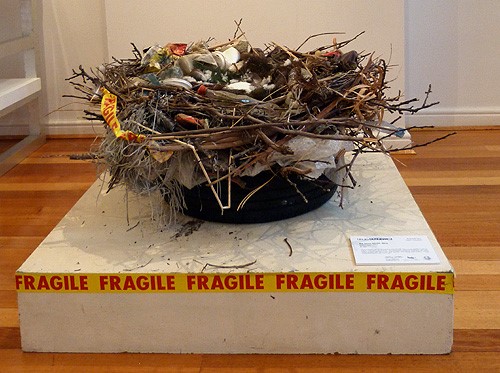 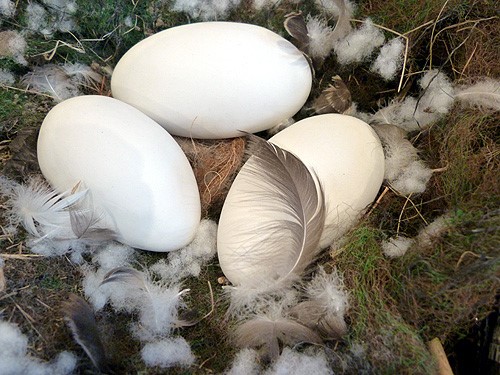 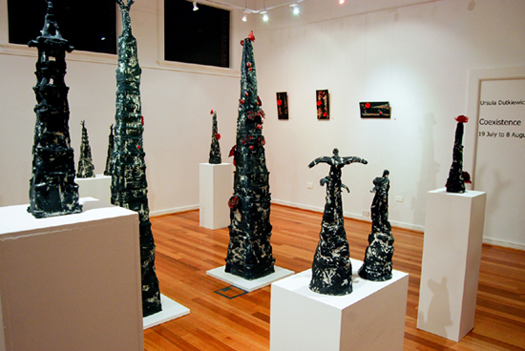 This work reflects architectural constructions as symbols for human existence and the impact they have on the natural world. It plays with the notion that humans and nature can exist in more cooperative and imaginative ways. With in this frame work nature still finds ways to survive and coexist with in these ridged confines. 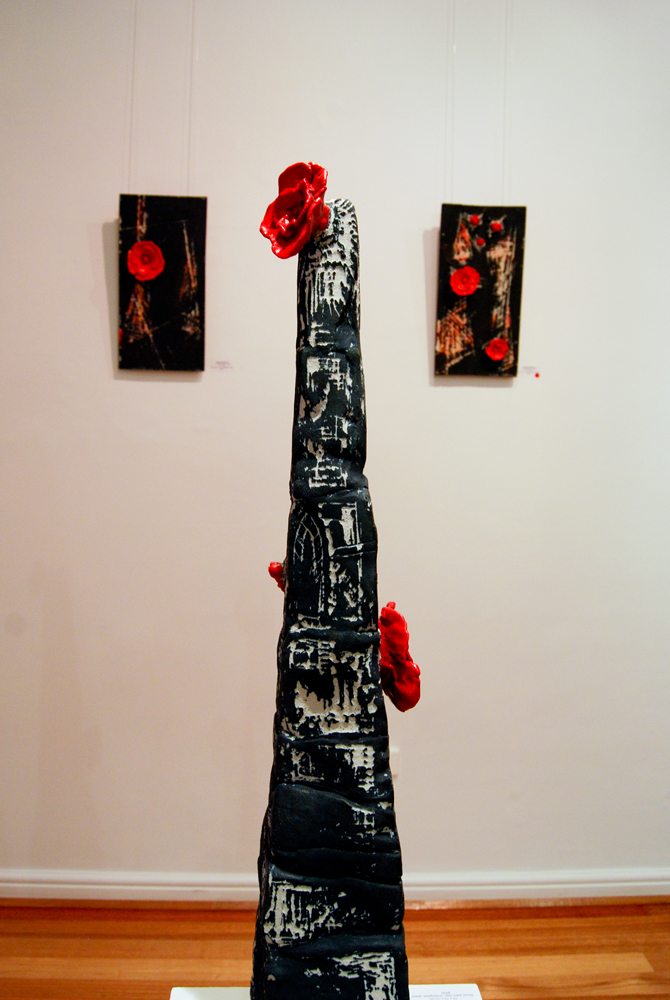 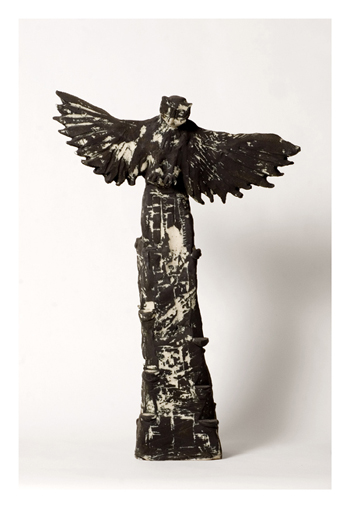 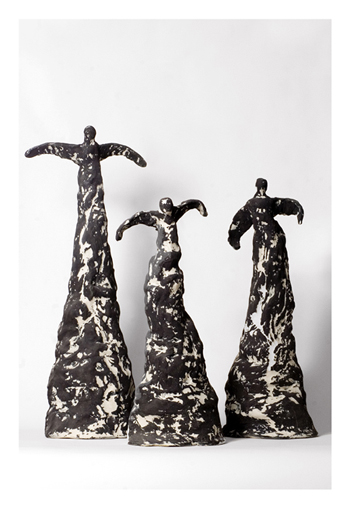 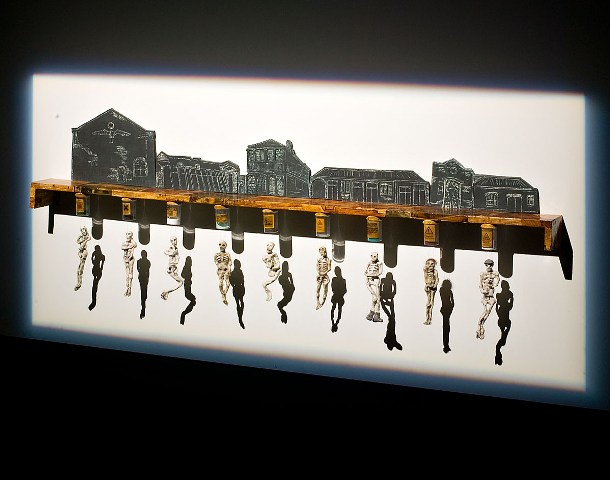 This work was created for a Gasworks Arts Park Exhibition about Contamination in 2007. The 15 resident artists from the park were asked to respond to the theme as it is relevant to the current situation at the park. The Gasworks Theater has been used for the exhibition and Theater lighting creates dramatic effects and shadows that show the work in a different light.  In my work the shelf represents the surface. The surface is covered in information I uncovered about contamination of gas works sites. In exploring this theme I discovered many of the heavy metal contaminants are ones that I use regularly in the creation of my own work. Above the surface is a silhouette of the Gasworks buildings and below are the containers that my colorants come in, including copper,chromium, iron and manganese. I have relabeled the containers describing toxic effects of thse substances and others that may be present. Hanging from the containers are skeletons that have been colored using some of these contaminants. I like the idea that toxic substances can be transformed and used in a work of art. 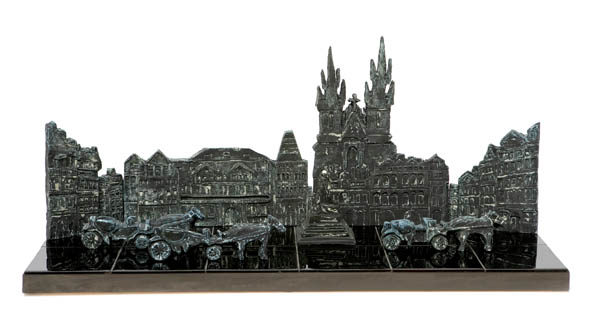 Ghosts of the Past

Traveling to Prague in 2007 has had a profound affect on my art practice with a figurative element emerging. Ghosts of the Past was inspired by the amazing architecture of the city of Prague and its rich cultural history. The statue in the Old Town Square was being restored at the time of my visit and was under wraps evoking in me a sense of mystery, uncovered history and a desire to discover what it was that was underneath. 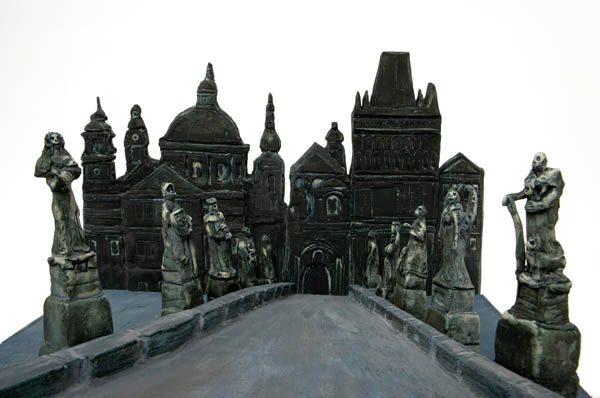 Ghosts of the Past 2

In my work the bridge links past to present. It represents human experience shaped over the millenniums. Figures lining the bridge signify developments pivotal to the current state of our existence, including environmental, political, religious and medical concerns.This work was inspired by a recent visit to Prague in 2007 and the magnificent Charles Bridge that joins the Old Town to the New Town. My journey along this route led to the Prague Castle and a fascinating exhibition tracing the development of the site from Neolithic times.