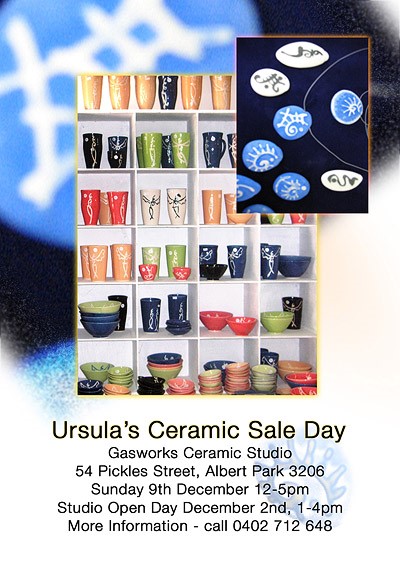 My studio is open to the public on the above dates before Christmas or by making an appointment with me. From the 13th of December through to the New Year I will be in Adelaide so I won’t be in the studio. On Sunday the 9th of December you are welcome to drop in to the studio for a Xmas drink, check out my latest work and get some shopping done with lots of great art for sale. 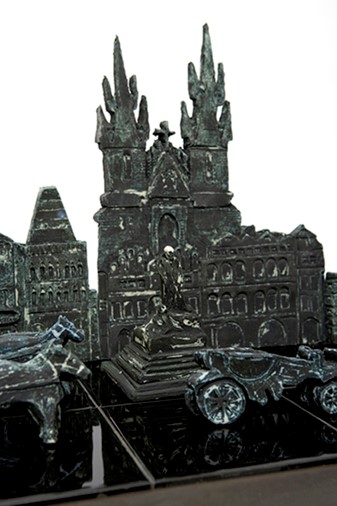 “Ghosts of the Past 1” was the first work I made after my vist overseas earlier this year. It was inspired by my visit to the magnificent city of Prague. It will be shown in the 2007 Toyota Sculpture Exhibition at the Toyota Spirit Gallery 155 Bertie Street, Port Melbourne. Show opens on the 3rd of October and runs until 14th November. Opening hours are Thursday – Friday 1pm to 6pm or by appointment. 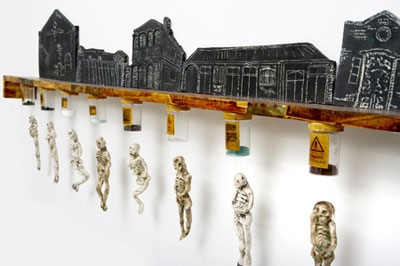 This exhibition features works by the Gasworks resident artists in response to the precinc’t’s contaminated landscape. My work is titled “What Lies Beneath” and continues in my current series that explores the idea of Ghosts of the Past.

Contamination Exhibition dates are from the 18th to 20th of October. Hours are 11am to 5pm Monday to Sunday. Gasworks Theatre-21 Graham Street, Albert Park 3206 Victoria. For more information contact the Gasworks at www.gasworks.org.au

Once upon a story- Childrens Festival 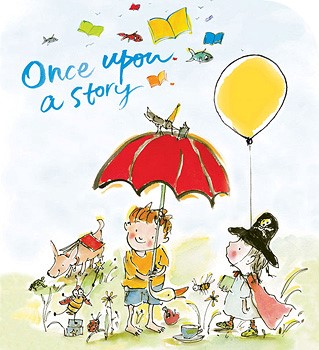 Sunday 9th september was such a fun day at Gasworks Arts Park as it  hosted “Once upon a story” a festival for kids aged four to ten. It featured book launches, theatre shows, roving performances, exhibitions and art activities. I ran a play with clay activity out side my studio were children could come and let their imaginations run wild creating clay creatures that live at the bottom of the garden. Over the course of the day about three hundred little clay creations were made and the crowd spilled out into the park. The weather was fantastic and everyone seemed to love the opportunity to immerse themselves in creative endeavor.

Since returning from overseas I have enjoyed a new serge of creativity and over the next few months will be in a number of exhibitions. This work titled  “Ghosts of the Past 2” will be on show with the work of thirty one artists at Cube 37, Frankston Art Center – 37 Davey Street, Frankston Victoria. Running dates are from August  8th – 25th. To enter the show artist were asked to explore the theme “A Human Landscape”. In my work the bridge links the pasts to present. Figures lining the bridge signify developments pivotal to the current state of existence, including environmental,political, religious and medical concerns. This work was inspired by a recent visit to Prague and the magnificent Charles Bridge that joins the Old Town to the New Town. 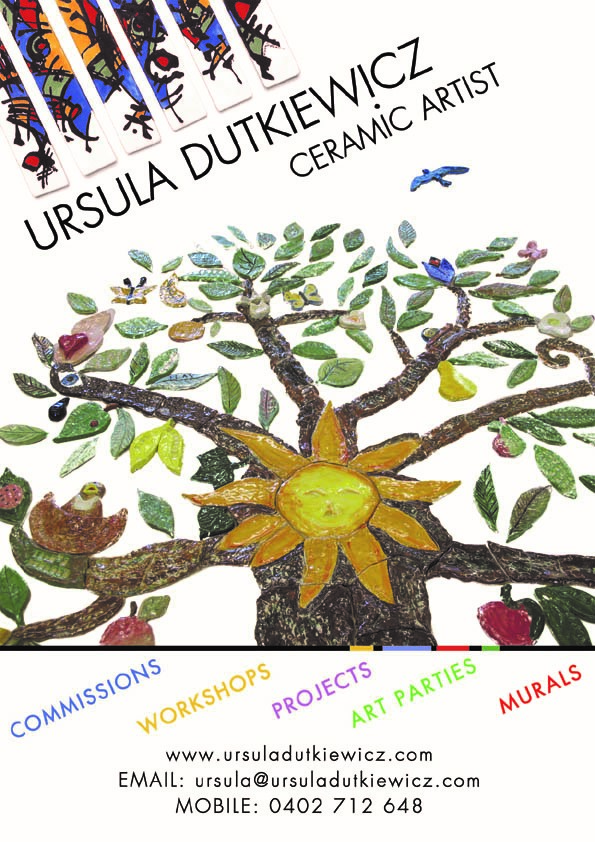 I have just launched a new flyer promoting my various artistic activities. This was due to the help of my wonderful brother Michal Dutkiewicz.

I’m in London to take part in an exciting research project by Maria Tamboukou titled “In the fold between life and art a genealogy of women artists”. Maria is the Co-Director for the Center for Narrative Research at the East London University. As part of the British Sociological Association Annual Conference Maria is convenor of an exhibition and round table discussion ” Am I that Name? Nomadic lines in becoming a woman artist” of which I am one of the participants. 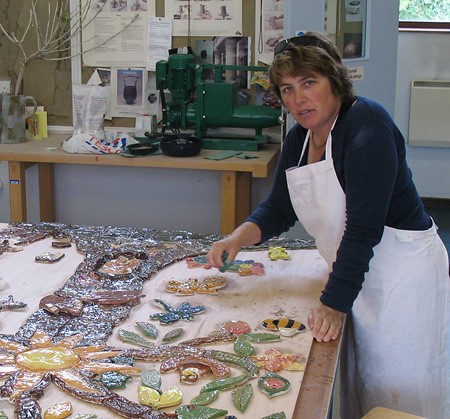 I’ve been having a fantastic time at the Eastbourne campus of the Brighton University, Department of Occupational Therapy, creating “The Tree of Health” ceramic wall mural with the staff and students. Over a two week period the ceramic studio was open most afternoons for anyone to wonder in and take part. Participants could contribute as much as they liked or as little, with some opting to make only a leaf. Many of the leaves have words associated with health impressed into them. To evaluate the health benefits of taking part in art making people are encouraged to write a message expressing what emotions the experience evoked in them and tie it on a branch installed in the room. The mural will be approximately 1.2 meters x 1.8 meters and will find a home on campus.

As part of an Indigenous Arts Gathering at the Gasworks Arts Park I ran a workshop at which participants took part in creating a ceramic mural. All the gathering participants were welcome to contribute to the making and design of the tiles for the wall mural. Here is a photo of the mural on completion at the end of the two day gathering. The work will be glazed and fired and a home is yet to be found for it. 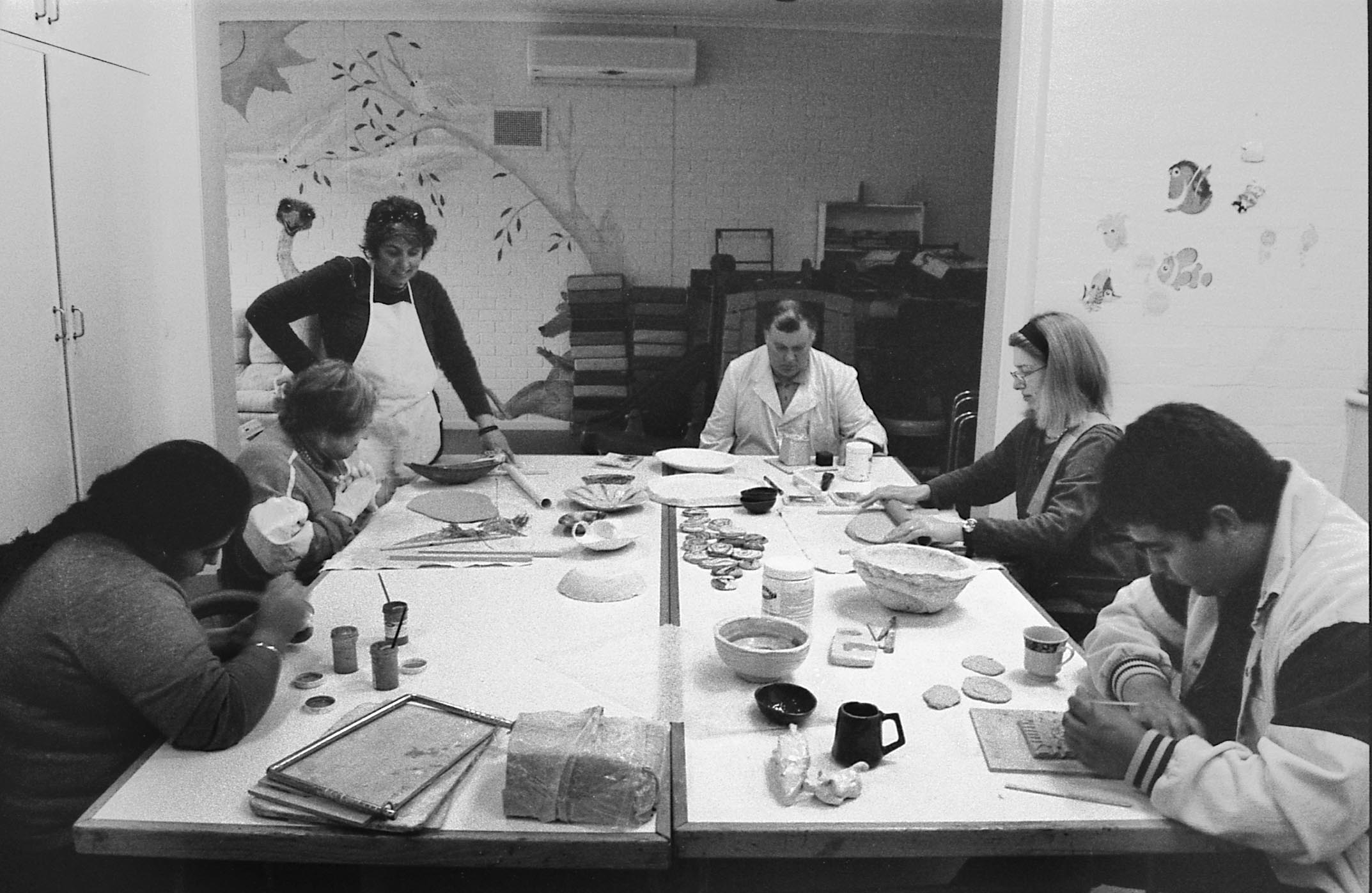 Ceramical is an Arts opportunity for people with physical disabilities and sensory and neurological disorders including Acquired Brain Injuries. It is an initiative of Joint Councils Access for All Abilities in Melbourne. Originally started with the idea of participants learning to make clay sculpture but as time went by it has diversified and people bring ideas and I help work out how best to create what ever it is they wish to make.

For details to the next Gasworks Open Studio Evening click the link below. Drop in and check out the work and chat with the artist in the park. 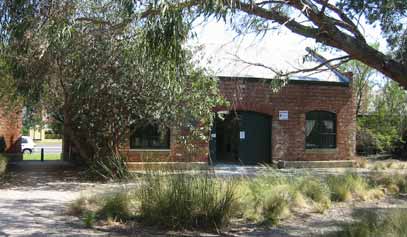 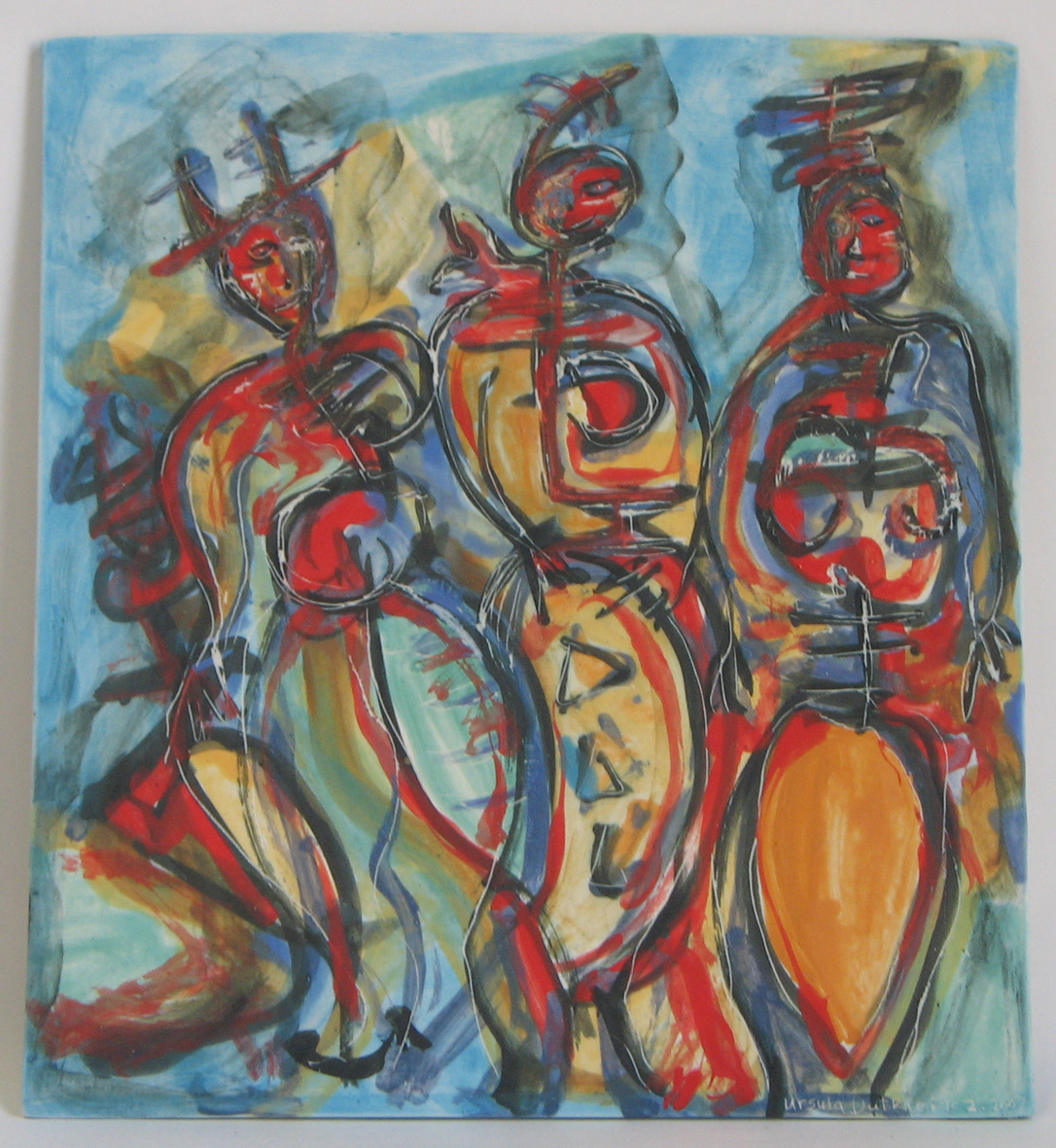 My latest works are on show at the Linden Center for Contemporary Art in St Kilda. The works are a marked change in direction for me moving away from my previous embossed surface technique. These ceramic paintings are created by intuitively using colors and building up layers of brush strokes. Eventually an image emerges or form is constructed that gives light to what I have created. In the case of “What, no Water?” the same method was applied but I eventually imposed the image over the top. This work is a response to global warming and to Australia experiencing its worst drought on record over most of the country with many states experiencing harsh water restrictions. The Linden Post Card exhibition is an annual event featuring work by over 1,000 artists and is described “as a great noisy celebration of creativity”. Exhibition details are: St Kilda Center for Contemporary Arts – 26 Acland Street, St Kilda. Exhibition runs from 3rd February – 17th March 2007. Opening hours are Tuesday-Sunday 1-6pm